You may have seen Cortado coffee on most coffee shops’ menu but have you ever wondered what is a Cortado coffee? After finishing this article, you will know everything you need to know about Cortado and the differences between other coffees and Cortado.

What Is a Cortado?

Cortado, also known as cortadito, is a coffee consisting of milk and espresso. One of its characteristics is it contains an equal amount of espresso and milk. However, you may see slight differences in some Cortado recipes. Although most coffees include milk, Cortado’s milk needs to be steamed, not foamy. However, you may still see some latte art on your Cortado.

The reason for putting milk into this coffee is to reduce the acidity of espresso. However, when you put your milk into your espresso to make a delicious cortado coffee, you should steam it without foam or froth. Unlike other Italian coffees, Cortado doesn’t contain foam or froth.

The type of milk is not an important factor in the preparation process. In fact, you can select the type of coffee in some coffee shops. You can select very hot, hot, cold, or even condensed milk. In addition to that, you may change the milk of your Cortado to oat milk.

History of the Cortado

Like most of the espresso-based coffees, Cortado also originated in Europe. The word “Cortado” or “Cortadito” comes from the verb “cortar” which means to cut or to dilute in Spanish. The milk in the Cortado cuts espresso by half and that’s why it is called Cortado or Cortadito.

Cortado, or Cortadito, originated in the US and migrated to the West. However, in the West coast, it is called Gibraltar. Some Gibraltar recipes contain a little bit more milk than Cortado.

Although it is not that famous worldwide, it doesn’t change that it is a great type of coffee. But what makes it special?

Besides being easy to prepare, its structure is really simple and the size of the Cortado is really small. Just espresso and milk. Another good side of the Cortado is it has a special glass. It is not a big factor in making it special but it is really interesting. It is served in Cortado cups which is a small glass that is made of either metal or glass and it increases the enjoyment of your drinking.

Putting the same amount of espresso and milk plays an important role in its taste. The same amount of milk and espresso blends together as smoothly as possible and makes it a delicious coffee. The reason for this blend is we put the milk steamed. That’s why we underlined the steamed milk from the start. This blend ends up with robust espresso with creamy, light milk.

How to Drink a Cortado?

As we mentioned above, Cortado is a really delicious coffee. For this reason, you should drink it slowly. Another reason for drinking slowly is the caffeine amount it contains. When you drink a cortado, it is better when you drink it with its special glass. Cortado glass is a relatively small glass compared to normal glasses and it has a metal ring base and a metal wire handle.

You may see in some places it is served with a glass of water to clean your palate after each sip. You can drink some water with your Cortado too when you prepare it at home.

There are a lot of benefits that Cortado has. Besides being low in sugar, the milk content makes it very beneficial for us.

While it is not possible to burn fat when drinking an extra-large latte with whipped cream, you can expect to burn fat while drinking Cortado. Consuming coffee every day increases metabolic rate by 100% according to studies.

When you need a boost, coffee may be the best choice for you. As everyone knows, caffeine is a natural thing that keeps you more focused and alert. With the espresso content it includes, you can get the caffeine you need.

Lowers the Risk of Depression

Pros and Cons of the Cortado

Differences Between Cortado and Other Coffees

First of all, you should know that all coffees that contain milk are similar to each other. However, there is always something that separates them apart. For Cortado, it is the steamy milk and the perfect blending of espresso and milk. Because of the milky flavor, Cortado tastes like Flat White and Macchiato.

Flat White and Cortado has become one of the favorite drinks of most people. Because it gives enough coffee for people who don’t want the taste of espresso.

When it comes to the difference between Cortado and Flat White, they taste almost the same. You may ask the question “Is a cortado the same as a flat white?” the answer is no. There are some differences.

Furthermore, you can see more latte art on Flat White!

Macchiato is a delicious Italian classic. It is prepared with a shot of espresso and a little bit of milk. It is drunk by the people who want to taste the rich flavor of the coffee. Just like Cortado, it contains milk too and that is one of the reasons for this comparison.

In terms of taste, Cortado is similar to Macchiato. These drinks have the same amount of espresso which is one shot.

When we compare Cortado to Macchiato, the main factor that distinguishes them is milk. Macchiato has a bit less milk than espresso, on the other hand, the milk amount in the Cortado is the same as the espresso. Furthermore, Macchiato is usually prepared with a milk foam.

Latte is a coffee that contains espresso and loads of milk. The milk that is used in Latte is the same with the Cortado’s milk. They both use steamed milk.

This may surprise you but Cortado and Gibraltar are basically the same drink. Gibraltar is the underground name of Cortado. Gibraltar originated in San Francisco, California, and slowly spread across everywhere.

You may think Cortado is a simple drink, but its rich history tells us a lot of things. The fact that it is made of just espresso and steamed milk can sound simple to you, but the idea behind this simplicity is the great part. Milk removes the acidity of the espresso and the slow drinking process means a lot to the coffee culture. With every sip, it makes you happy and you appreciate the coffee more.

What Is a Cortado? Learn More About This Delicious Coffee 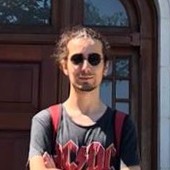